Michael Bloomberg to Bring Together Heads of State, International CEOs for 2nd Annual Global Business Forum and One Planet Summit 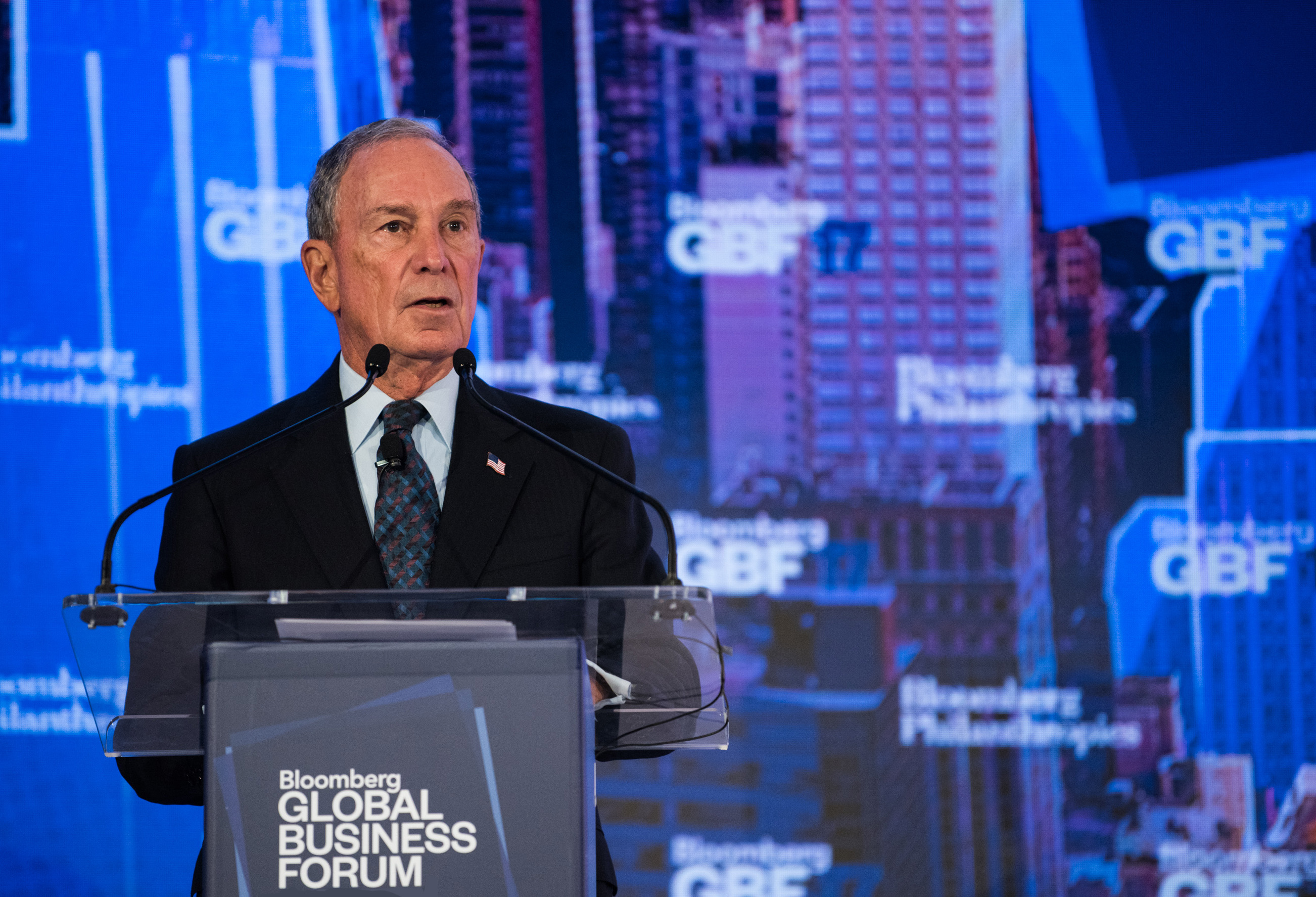 NEW YORK — Michael R. Bloomberg today announced the second Bloomberg Global Business Forum will be held in New York City on September 26th at the Plaza Hotel during the 73rd session of the United Nations General Assembly. Supported by Bloomberg Philanthropies, the daylong forum is the sole convening dedicated to encouraging presidents, prime ministers and CEOs to collaborate on trade issues by reaching a better understanding of one another’s challenges and mutual opportunities, thereby strengthening global economic prosperity. With protectionism on the rise – as well as worldwide population growth, economic inequality and climate change threats – it has never been more important for the world’s public and private sector leaders to uncover common goals and engage in economic diplomacy to promote continued globalization, innovation and competition. This one-of-a-kind forum will move beyond analysis and provide participants with the chance to shape the next stage of the global economy.

“The Forum comes at a critical time as tensions around tariffs create economic uncertainty in many industries,” said Michael R. Bloomberg, founder of Bloomberg LP and Bloomberg Philanthropies, mayor of New York City from 2002-2013, UN Special Envoy for Climate Action and WHO Global Ambassador for Non-communicable Diseases. “We’ll bring together business and government leaders to focus on increasing trade and investment, and work together on other shared challenges. The dialogue at the Forum will be a powerful counterweight to talk of trade wars and will help spur new investment and growth around the world.”

Recognizing that saving our planet in the race against global warming is a shared responsibility requiring cooperation between governments, leaders from the  public and private sectors and civil society, French President Emmanuel Macron, Secretary-General of the United Nations António Guterres, President of the World Bank Group Jim Yong Kim and United Nations Special Envoy for Climate Action Michael Bloomberg will host the second One Planet Summit on the afternoon September 26th at the Plaza Hotel. They will convene key influencers to account for the implementation of commitments made at the inaugural One Planet event in December 2017, celebrate progress made and further engage public and private actors to raise ambition for multilateral climate action. The One Planet Summit will show how high-level institutional decision-makers as well as individual citizens can all work as one planet to deliver solutions to mitigate the effects of climate change and invent our collective future.

According to a Bloomberg Global Business Forum-Morning Consult poll conducted online from June 22 – 24, 2018, among a national sample of 2,202 adults 18 years and older, support for free trade and expansion of trade across borders has risen significantly since September 2017 to 63 percent (up from 52 percent), while support for globalization has held mostly steady (up to 50 percent from 47 percent).

Overall, the poll shows half of Americans (50 percent) feel that the global economy is on the wrong track compared to less than a third (30 percent) who say it is moving in the right direction. Americans are also “nervous” and “worried” about the potential for a trade war with China with 44 percent of people polled saying they think we are already in a trade war with China. The poll also shows that 46 percent of Americans believe U.S.-imposed tariffs on goods has a negative impact on consumers, versus 28 percent who say it has a positive impact. More people (44 percent) support imposing tariffs on foreign-made goods that compete with U.S.-made goods than oppose it (32 percent). Morning Consult is a leading survey research, media and technology company. More details of the Bloomberg Global Business Forum-Morning Consult poll can be found here.

Members of the media interested in registering to cover these events should email press@BloombergGBF.com

For additional questions about the Bloomberg Global Business Forum and One Planet Summit, please contact Rachel Nagler at rnagler@bloomberg.org

Additional details about the program will be announced in the coming months.

Bloomberg Philanthropies works in 480 cities in more than 120 countries around the world to ensure better, longer lives for the greatest number of people. The organization focuses on five key areas for creating lasting change: Arts, Education, Environment, Government Innovation, and Public Health. Bloomberg Philanthropies encompasses all of Michael R. Bloomberg’s charitable activities, including his foundation and his personal giving. In 2017, Bloomberg Philanthropies distributed $702 million. For more information, please visit www.bloomberg.org or follow us on Facebook, Instagram, Snapchat, and Twitter.